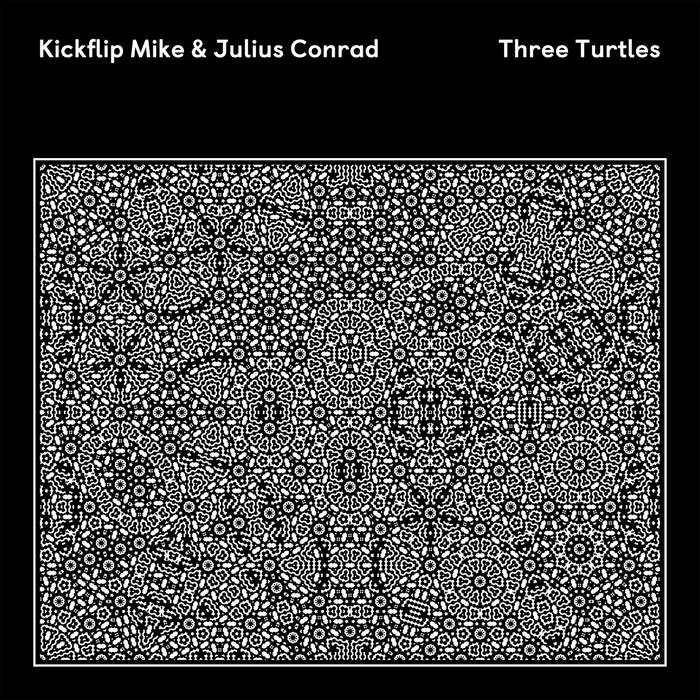 Kickflip Mike (Joschka Seibt) is back with ‘Three Turtles’ — a collaborative EP on Tartelet Records with Berlin bass maestro Julius Conrad. While Julius seems like a new addition to camp Tartelet, he's been in the extended family for years. The son of jazz bass legend Jürgen Attig and childhood homies with Max & Kickflip, he's existed in the crew's inner circle since day dot.

After the last year's raft of wonderfully deep presses (see Nu Guinea, Alex Seidel and IMYRMIND), TART036 continues to fine-tune the label's distinctive voice. From release to release, Tartelet continues to join the dots between a network of the young & unsung in Europe's autre house community: a collection of open-minded producers happy enough to goof around the outskirts of the protected zones occupied by 'real' techno and 'true' house. Bored by paint-by-numbers dancefloor tools, they've sought to innovate by mixing, pinching and smudging tropes from hip-hop, jazz and disco into a breakbeat brew of something nostalgic but new.
What you get on Kickflip Mike and Julius Conrad's new record is all the above & beyond: a medley of gritty drum distortion, frenetic bass guitar-work and (as ever) a dumptruck of groove. As richly diverse as most on the Tartelet roster, it's a record that dabbles variously: analogue house; beat-led instrumentals; elements of breakbeat & garage — it's all here. First out the traps is title-track 'Three Turtles', a kick-heavy club jam overwritten with Julius' warm warbling basslines and wah-wah guitar. After snaking through 'BBQ Skit', a wonky beat-erlude in the Madlib vein, the record winds into 'Some Joint', a wandering house workout with tons of virtuosity from Conrad's axe. The EP closes on 'Voodoo Dude': a wonderfully deep finalé snapped through with choppy breaks and fuzzy samples.

Taken from top to bottom, ‘Three Turtles’ is a record that shrugs off the limitations of 'club music' – loose and playful enough to reflect Kickflip & Conrad’s colourful lives outside the club, as well as inside.

Bandcamp Daily  your guide to the world of Bandcamp

Cannibal Corpse's George "Corpsegrinder" Fisher stops by for an interview